Need a Roof Replaced or Repaired? We Offer reliable cost-effective & time-sensitive solutions to all of your Houston TX roofing needs.
Request your free estimate today!

Get A Free Estimate 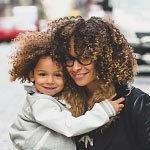 We are happy that we trusted our roofing project to Reit Group Roofing and Restoration. We are extremely satisfied with their workmanship and high quality focus on details. 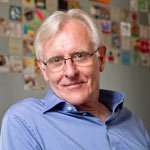 The only thing more satisfying than finding a reputable contractor at a great price, is finding one with integrity that really cares about their customers and satisfying their needs above and beyond expectations. We are pleased to say we found that and more with the teams at Reit Group Roofing and Restoration.

• Re-roofing or Replacing the roof on your home or building can be a difficult process, but our trained roofing experts at Reit Group Roofing & Restoration are here to ease the process for you. With our extensive knowledge in roofing and restoration, we will guide you to get you the roof that suits your budget and needs!

•Re-roofing or getting a replacement roof on your home or building can be a difficult process, but our trained roofing experts at Reit Group Roofing & Restoration are here to ease the process for you. With our extensive knowledge in roofing and restoration, we will guide you to get you to replace your roof with a solution that suits your budget and needs!
•Allow one of our experts to help you determine if you can simply re-roof, or if you need a new roof altogether. It can only be done once, so if you already have two layers of roofing in place, reroofing is not an option for you.

• A roof system is arguably the most vulnerable part of a building's or home’s exterior. Ultraviolet radiation, wind, rain, hail, snow, and sleet all affect a roof system's performance...

• A roof system is arguably the most vulnerable part of a building’s or home’s exterior. Ultraviolet radiation, wind, rain, hail, snow, and sleet all affect a roof system’s performance and will need to be maintained.
• Call us today to schedule one of our trained roof experts to perform some of the basic roofing maintenance and replace portions of your roof to extend the quality of your roof’s life!

Our professional emergency response teams are available 24/7, 365 days a year to ensure you are taken care of as quickly as possible.

•Our professional emergency response teams are available 24/7, 365 days a year to ensure your roofing problems are taken care of as quickly as possible.
•Our team is equipped to handle any and all types of roofing emergencies caused by wind, hail, other storm damage, and natural disasters.
•Our company offers fast, effective, emergency roof repairs to minimize damage to your inventory or equipment, and/or home.

Reit Group Roofing & Restoration is here to serve families and business owners recovering from unfortunate and catastrophic storm damage. We have one goal, and that is to help people resume their lives as quickly and easily as possible, under a beautiful new roof. We strive to deliver our promise by providing top-of-the-line quality roofing systems with fast, accurate, and reliable installation techniques that will ensure your roof endures through time and inclement weather.

•Have roof damage? Due to recent hail or wind storms in your area, you may have damage to your roof that is undetectable from ground level. It is in your best interest to have a professional storm and hail damage expert inspect your roof before filing a claim. If you have already filed an insurance claim and waiting on your adjuster, you should have an experienced roofing contractor that is an insurance claims specialist meet with your claims adjuster to assure maximum claim damages. Give us a call today, we will walk you through every step of the roofing process.

Preventative maintenance is the most cost-effective way to increase the life cycle of your roof. This should be done twice a year (once in the spring and once in the fall time) by scheduling one of our trained professional roofing technicians to inspect common roofing components such as flashings, drains, curbs, and additional reflective coatings.

•Preventative roofing maintenance is the most cost-effective way to increase the life cycle of your roof. This should be done twice a year (once in the spring and once in the fall time) by scheduling one of our trained professional roofing technicians to inspect common roofing components such as flashings, drains, curbs, and additional reflective coatings. Want a roofing expert to check your roof today?

• New Construction project in Houston? Whatever your new construction project may be, Reit Group Roofing & Restoration provides fully comprehensive new construction services.
• As a part of your project management team, Reit Group Roofing & Restoration will collaborate with the architect, General Contractor and suppliers to deliver a quality roofing system that meets your budget and schedule. Call us today for your new roofing project!

Need help filing with your insurance company? No Problem REIT Group can help you every step of the way.

We Can Help With Insurance

Our Job is to help you with your roofing project from beginning to end this includes claims!  From Inspection To Insurance Claim, Financing Options to fit your budget.  We will help you every step of the way to get your roof repaired quickly and efficiently. Unlike some other roofers, we try to make the roofing replacement as simple and easy as possible for our customers. Let REIT help you with your roof and the insurance company today!

When is the last time your roof was inspected? If it has been a while then don’t wait to get your roof check. It could save you thousands of dollars by catching roof damage early. Get your FREE 21 Point Roof inspection Today! You & your roof deserve it!

Here at Reit Group Roofing & Restoration Houston, we take pride in a more personalized level of service and strive to meet the needs and expectations of our customers to assure they are completely satisfied with the quality of our work and your roof! Don’t leave things to chance with other roofers

We provide quality and efficient roofing services for every job! We can even assist with your Insurance Claims

We have high standards for our team members to provide the best service to our customers! Starting with our FREE expert 21 point inspection

Our Roof Pro’s are knowledgable, and friendly and will get your claim and roof repair done right!

Our team is highly trained to get you the roofing solution at the best and most affordable cost that best suites your budget!

Life Is Good In Houston TX

Houston is a large metropolis in Texas, extending to Galveston Bay. It’s closely linked with the Space Center Houston, the coastal visitor center at NASA’s astronaut training and flight control complex. The city’s relatively compact Downtown includes the Theater District, home to the renowned Houston Grand Opera, and the Historic District, with 19th-century architecture and upscale restaurants.Houston’s economy since the late 19th century has a broad industrial base in energy, manufacturing, aeronautics, and transportation. Leading in healthcare sectors and building oilfield equipment, Houston has the #2nd most Fortune 500 headquarters of any U.S. municipality within its city limits The Port of Houston ranks #1st in the United States in international waterborne tonnage handled and #2nd in total cargo tonnage handled.The city has a population from various ethnic and religious backgrounds and a large and growing international community. Houston is the most diverse metropolitan area in Texas and has been described as the most racially and ethnically diverse major metropolis in the U.S. REIT Group Roofing Serves the Entire Houston Area Including, Sugarland, Pearland, The Woodlands, Spring, Humble, Cypress, Pasadena, Tomball, Conroe. See Our Service Areas Here

GET A FREE QUOTE

Only takes a few seconds!